A stunning commercial facade that had 270 unique glass panes — some in triple glazed format — was the supreme winner at the recent annual design awards of the Window & Glass Association New Zealand (WGANZ).

The new $18 million headquarters building for SCION, the Crown Research Institute for forestry technology in Rotorua, had a curtainwall mainly in the APL 150mm Structural Glaze suite (double glazed) with a one metre setback to another glass skin across about half the front elevation. The award-winning Vantage window supplier, NZ Windows, manufactured and installed hundreds of exterior windows which were individually unique because of the coloured digital printing designed to evoke the colours of the surrounding Whakarewarewa Redwood forest.

Enclosed triple glazing on the left and right quadrants of the main facade is designed as a roomy heat trap and carries warm air down to the basement where it is redistributed around the building by an automated system. Similarly, a number of opening windows on electric actuators, installed by NZ Windows, open and close automatically according to environmental sensing. Two of these opening sashes are in triangular format above the main door.

These thoughtful, eco-friendly design features were part of a process that achieved a carbon zero rating for the building, which has been named ‘Te Whare Nui o Tuteata,’ after an ancestor of the three local Māori hapu. The architects, a collaboration between RTA Studio and Irving Smith, also sought — ambitiously — to achieve all of life and end of life carbon goals set by the Royal Institute of British Architects for implementation in 2030.

Te Whare Nui o Tuteata is not just a cutting-edge showcase for green design but also for engineered timber which could almost be said to be on curated public exhibition in the dramatic, triple-height atrium. Here, visitors are allowed entry to relax at a public cafe and to marvel at the at the structural diagrid display of world-leading, wood-fibre technology.

In addition to the WGANZ Supreme Award the building also received a Waikato — Bay of Plenty Award in the 2021 New Zealand Architecture Awards programme sponsored by APL Window Solutions and Resene.

Apart from the APL 150mm Structural Glaze suite, the new building included 100mm Shopfront on the interior sides of the triple-glazed envelope. The surface finish was Duratec Matt Black and the glass supplier was Thermaseal Smart Glass Solutions. APL Window Solutions assisted NZ Windows in the installation detailing for the facade.

Watts & Hughes Construction were the builders. 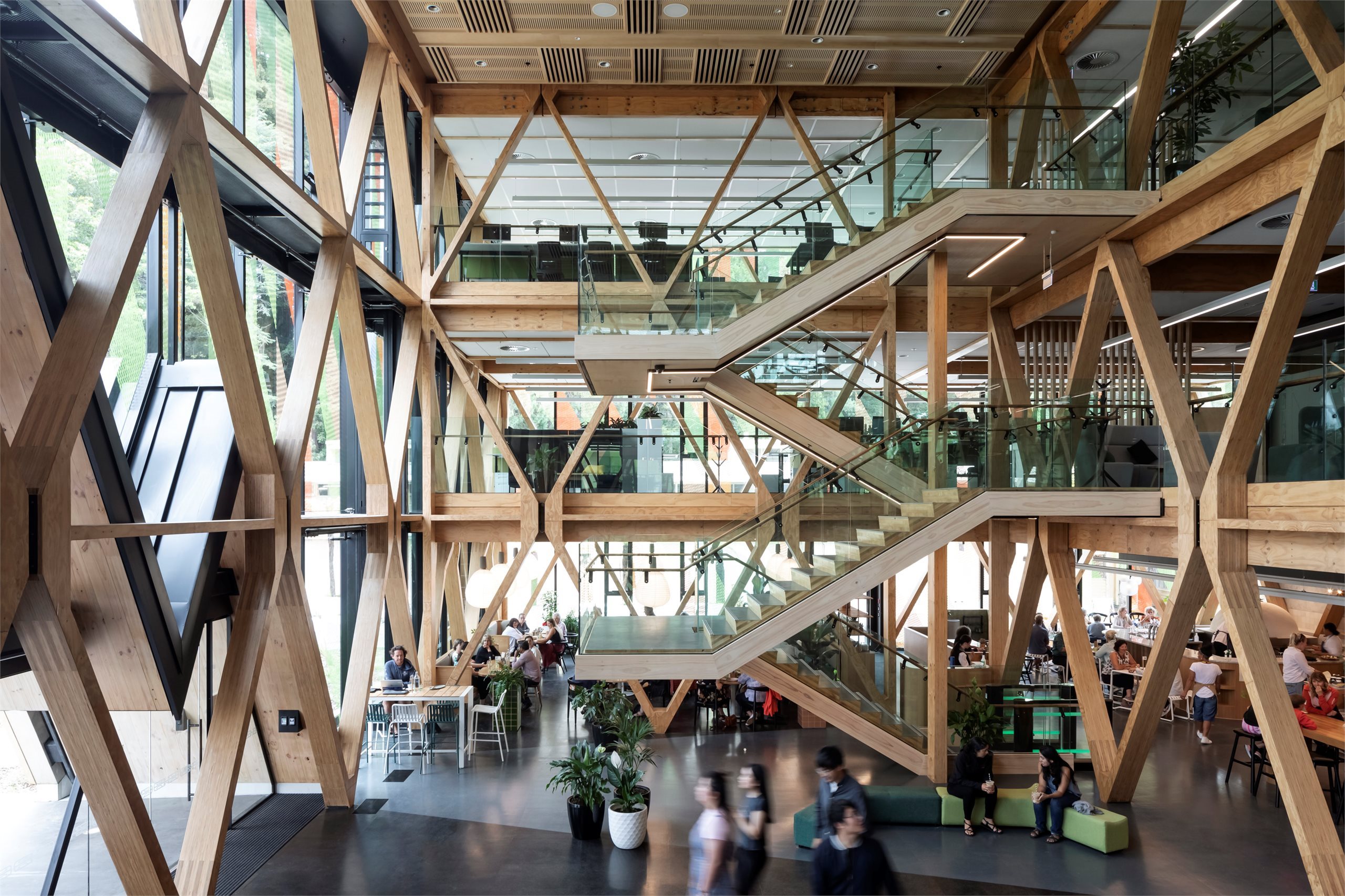